When naming your business, keep these tips in mind to help you find one that will work now—and in the future.

Naming your business is a lot like laying the cornerstone of a building. Once it’s in place, the entire foundation and structure are aligned to that original stone. If it’s off, even just a bit, the rest of the building is off, and the misalignment becomes amplified. So if you have that gnawing sense that choosing a name for your new business is vitally important, you’re right.

With 18 years of experience in the naming and branding business, I’ve witnessed the good, the bad, and the really bad business names. Read on to discover the top 8 mistakes I’ve found people make when it comes to choosing a name for their business.

Mistake #1: Getting the “committee” involved in your decision.

We live in a democratic society, and it seems like the right thing to do–to involve everyone (your friends, family, employees, and clients) in an important decision. This approach, however, presents a few problems. The first and most obvious fact is that you’ll end up choosing only one name, so you risk alienating the very people you’re trying to involve. Second, you often end up with a consensus decision, which results in a very safe, very vanilla name. A better method is to involve only the key decision-makers–the fewer the better–and select only the people you feel to have the company’s best interests at heart. The need for personal recognition can skew results, so you’ll be best served by those who can park their egos at the door. Also, make sure you have some right-brain types in the mix. Get too many left brains on board, and your name will most likely end up too literal and descriptive.

Mistake #2: Employing the “train wreck” method of creating a name

When forced to come up with a catchy name, many aspiring entrepreneurs simply take part of an adjective and weld it onto a noun. They essentially collide two words head-on to create a new word. The results are names that have a twisted rationale to them, but look and sound awful. Someone starting a high-end service franchise becomes QualiServe. Someone starting a classy day spa becomes TranquiSpa. It’s a bit like mixing chocolate syrup with ketchup, right? There’s nothing wrong with either ingredient, but they just don’t go together. Other common truncations include Ameri, Tech, Corp, and Tron. The problem with this approach is that it’s simply forced—and it sounds that way.

Mistake #3: Using words so plain they’ll never stand out in a crowd

When naming your business, you can get away with this one if you’re the first in your category to do it. Hence we have General Motors, General Electric, and so on. But competition requires differentiation. Imagine if Yahoo! had come out as GeneralInternetDirectory.com! The name is much more descriptive but hardly memorable. And with the onslaught of new media and advertising channels, it’s more important than ever to carve out your niche by displaying your uniqueness. Nothing does that better than a well-conceived name.

Mistake #4: Taking the atlas approach and using a map to name your company.

In the zeal to start a new company, many businesses choose to use their city, state, or region as part of their company name. While this may actually help in the beginning, it often becomes a hindrance as a company grows. One client came to me with complaints that he was serving more of the market than his name implied. He had aptly called his business St. Pete Plumbing, since he hailed from St. Petersburg, Florida. But Yellow Page shoppers assumed that was also his entire service area. With a little creative tinkering, we changed the image of St. Pete from a city to St. Peter himself, complete with wings and a plumber’s wrench. The new tagline? “We work miracles!”

Many other companies have struggled with the exact same issue. Minnesota Manufacturing and Mining was growing beyond their industry and their state. To avoid limiting their growth, they became 3M, a company now known for innovation. Kentucky Fried Chicken is now KFC, de-emphasizing the regional nature of the original name. Both of these companies made strategic moves to avoid stifling their growth. Learn from them, and you’ll avoid this potential bottleneck when naming your business.

Mistake #5: Turning your name into a cliche

Once past the literal, descriptive word choices, your thought process will most likely turn to metaphors. These can be great if they’re not overly used to the point of being trite. For example, since many companies think of themselves as the top in their industry, the world is full of names like Summit, Apex, Pinnacle, Peak, and so on. While there’s nothing inherently wrong with these names, they’re overworked. Instead, look for combinations of positive words and metaphors, and you’ll be much better served. A good example is the data storage company Iron Mountain, a name that conveys strength and security without sounding commonplace.

Mistake #6: Naming your business something so obscure, customers will never know what it means

It’s great for a name to have a special meaning or significance–it sets up a story that can be used to tell the company message. But if the reference is too obscure or too hard to spell and pronounce, you may never have the opportunity to speak to that customer because they’ll simply pass you by as irrelevant.

So resist the urge to name your company after the mythical Greek god of fast service or the Latin phrase for “We’re number one!” If a name has a natural, intuitive sound and a special meaning, it can work. If it’s too complex and puzzling, it will remain a mystery to your customers. This is especially true if you’re reaching out to a mass audience.

I pushed the envelope a little on this one myself, naming my branding firm Tungsten after the metal that Thomas Edison used to create light. But because our clients consist of knowledgeable professionals who appreciate a good metaphor and expect a branding firm to have a story behind its name, I knew it would work. It’s also a way to differentiate our services–illuminated, bright, and brilliant. But while something different might work for a branding firm, it wouldn’t work as well for more common businesses, like an ice cream parlor or an auto body shop.

Mistake #7: Taking the Campbell’s soup approach to your name

In the process of naming your business, don’t be driven by the need for an exact matching domain name. Too many companies resort to awkwardly constructed or purposefully misspelled names to accomplish this. The results are company names that sound more like prescription drugs than real-life businesses. Mistake #2 sometimes gets combined with this one and results in a name like KwaliTronix. It’s amazing how good some names begin to sound after searching for available domain names all night. But resist the urge. Avoid using a “K” in place of a “Q” or a “Ph” in place of an “F”. This makes spelling the name–and locating you on the internet–all that much harder.

And it’s not that coined or invented names can’t work; they often do. Take, for example, Xerox or Kodak. Keep in mind that names like these have no intrinsic or linguistic meaning. They rely heavily on advertising to convey their meaning, and that gets expensive. Oftentimes, the companies that successfully use this approach were either first in their category or have large marketing budgets. Verizon, for instance, spent millions on their rebranding effort. So did Accenture. So check your pocketbook before you go about naming your business per this approach.

Mistake #8: Choosing the wrong name and then refusing to change it

Many business owners know they have a problem with their name. Unfortunately, a lot of them hope it will magically resolve itself. The original company name of one of my clients, for instance, was “Portables”. This reminded some people of port-a-potties or portable classrooms. Neither was accurate nor things that the business owner wanted to be associated with. This added to the confusion when sales reps tried to explain their new concept of moving and storage. After some careful tweaking, we came up with the name PODS, an acronym for Portable On Demand Storage. The rest is quickly becoming history as they expand both nationally and internationally.

Mike Harper of Huntington Beach, California, bought a 30-year old janitorial and building maintenance company named Regency. We both agreed it sounded more like a downtown movie theatre than a progressive facilities management firm. After a thorough naming search, we developed the name Spruce Facilities Management. ‘Spruce’ conveys the environmentally friendly image of a spruce tree, something important to the client. It also means “to clean up”. The new tagline fell right in place: “Spruce: The Everclean Company”.

It’s only a matter of time before Southwest Airlines, Burlington Coat Factory and others who have successfully outgrown their original markets begin to question their positioning. Much like 3M and KFC, they may need to make a change to keep pace with their growth and image.

In the fever to start your new venture or expand a current one, take time to think through these issues before you go about naming your business. By tapping into your creativity and avoiding these potential pitfalls, you’ll be able to create a name that works for both the short and long term. Like the original cornerstone of a building, it will support upward expansion as your company reaches new heights. 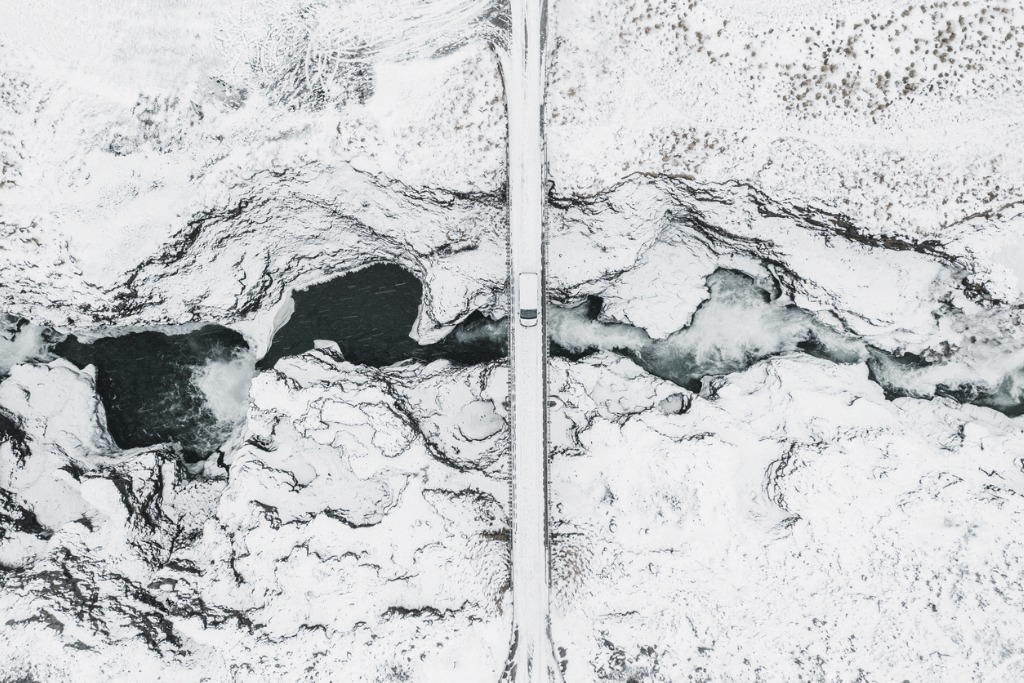 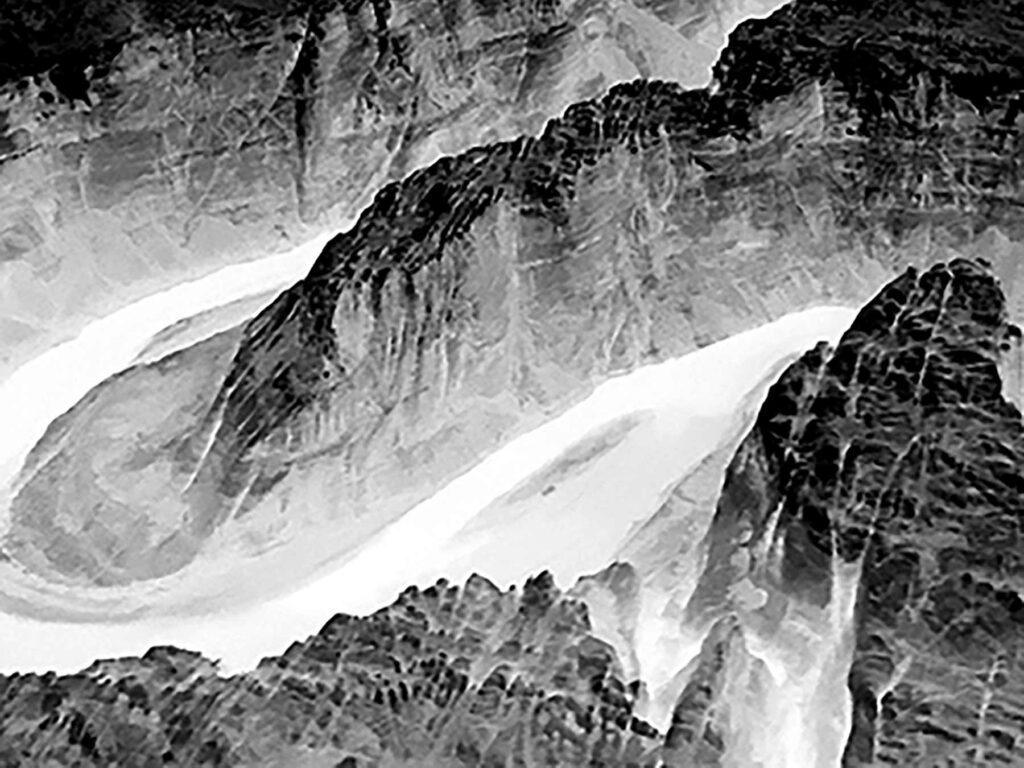