MediaPost.com – Arizona, How To Manage A Major Tourism Crisis? 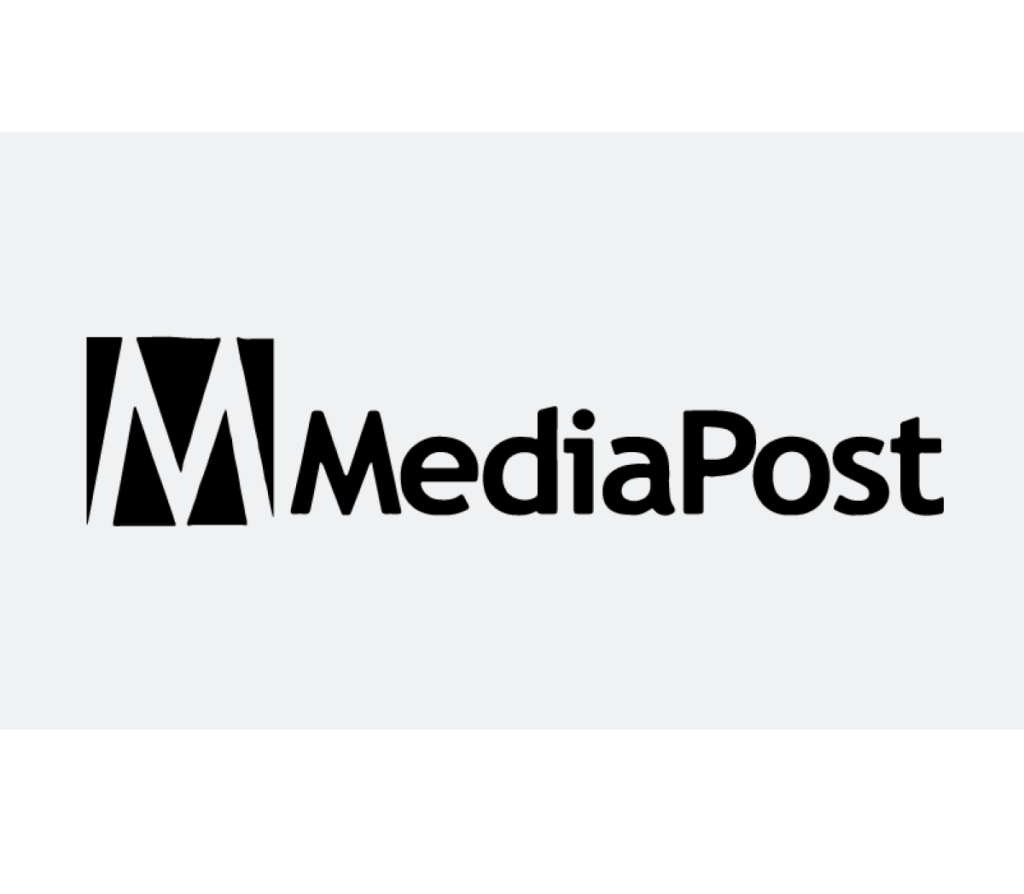 All states have to expect the occasional PR kerfuffle and be prepared for the nightmare of a natural disaster. But as the current scenario in Arizona is demonstrating, a serious political controversy can threaten to be as devastating to a state’s tourism industry as the wrath of Mother Nature.

As most are very aware by now, Arizona’s passage in late April of an immigration law (Senate Bill 1070) has set off a major controversy that is resulting in a backlash affecting tourism and other state revenue sources.

The measure originally required state and local police to verify the immigration status of all individuals for whom there could be “reasonable suspicion” of lack of legal documentation. The law’s language was subsequently changed to require such verification only for individuals whom the police had previously stopped, detained or arrested for other reasons; however, that has not quelled the proverbial political firestorm that was ignited.

The law has triggered threatened and actual boycotts or curtailments of business activities with Arizona by various other U.S. city governments (Los Angeles and Boston, for example), including cancellations of events in the state and a stop on governmental travel there. There have been calls for boycotts by numerous Democratic U.S. Congressional representatives, as well as numerous grassroots boycott calls on the Web and social media, and protests from powerful organizations such as the American Civil Liberties Union. (Not to mention President Obama’s instruction to the Justice Department to review the constitutionality of the state’s new law.)

And in perhaps the unkindest cut of all, the heavily Republican state recently lost its bid for the 2012 Republican National Convention to Florida.

The actual damage to Arizona tourism — which had already suffered during the recession (losses of $2 billion in visitor spending and $167 million in state/local tax revenue between 2007 and 2009, according to a Greater Phoenix Convention and Visitor Bureau study of state tourism — is impossible to assess accurately at this stage.

However, the city of Phoenix announced that $90 million in convention business is at risk over the next five years, and the state’s hotel and lodging association had as of mid-May counted 23 canceled meetings (for a loss of between $6 million and $10 million), according to the travel industry news site eTurboNews.

In response, Gov. Jan Brewer recently formed a tourism task force, giving the group one month to develop a plan to be presented to her. While the actual plan remains to be seen, the group will focus first on encouraging Arizonans to vacation within the state, followed by marketing efforts to areas that have been identified as having the most likely visitor prospects, including L.A., San Francisco, Denver, Chicago and Mexico. (All areas where “anti-Arizona sentiment has brought boycotts, protest or worry,” points out eTurboNews’s Jaimee Rose.)

Phoenix mayor Phil Gordon and other officials are monitoring events in jeopardy of cancellation and reaching out to the officials of other cities to attempt to dissuade boycotts.

Thus far, the Arizona Office of Tourism and its partner organizations in the Arizona Tourism Alliance (the Arizona Hotel & Lodging Association, Arizona Restaurant Association and Southern Arizona Lodging & Resort Association) have taken a low-profile approach to addressing the crisis. (Marketing Daily‘s calls to the state’s office of tourism and hotel/lodging association were not returned.)

In late April, the Alliance issued an official statement saying that the state’s tourism industry is “deeply concerned about the repercussions that will result from the debate around Senate Bill 1070.” The group stressed that Arizona tourism is currently “in a very fragile state of recovery,” and that “the negative perceptions surrounding this legislation are tarnishing Arizona’s image and could easily have a devastating effect on visitation” to the state.

“The tourism industry was not part of the development of this legislation, but unfortunately is certain to experience the unintended consequences of the economic backlash,” the statement continued. “As we’ve seen many times in recent years, tourism is being used as leverage for a political issue with no direct connection to our industry. Instead of driving our state’s economy even further into decline and punishing the 200,000 families who rely on tourism for their livelihoods, we proudly ask all Arizonans to support the diverse and global workforce that comprises the tourism industry and to invite friends, family, associations and businesses to visit and experience Arizona firsthand.”

In addition, to counter Facebook pages calling for boycotts of the state, a spokesperson for the Alliance and the hotel/lodging association created a “Don’t Boycott AZ Tourism” site stressing that such boycotts only serve to hurt tourism employees.

Some media have heavily criticized the Office of Tourism’s approach, which has included precluding/deleting debate and negative commentary about the political issue on its official Facebook site.

For example, longtime freelance travel writer and editor Dennis Schaal, writing in Stumbleupon.com, criticized the tourism board for censoring content and “going silent” about the issues in its social media channels. “It’s understandable that the board may not be well-positioned to get into a political debate about immigration policy, but a social media conversation would be preferable to withdrawal,” he wrote.

DailyKos blogger “Mother Mags,” alluding to the boycotts and tourism damage that occurred after former Arizona Gov. Evan Mecham rescinded the state’s official Martin Luther King holiday in 1986 (voters reinstated the holiday in 1992), predicted that the damage from the immigration law controversy “could make the MLK fiasco look like small potatoes.”

The blogger also skewered the tourism industry’s official statement. “Rather than try to deflect responsibility, or whine that they are being persecuted for something out of their control, or say everything is going to be peach keen because visitors are really welcome here, really!, they should be at the forefront of a statewide effort to overturn this embarrassing and bigoted bill,” Mother Mags asserted.

Arizona Office of Tourism director Sherry Henry, who was appointed to her post by Gov. Brewer, told eTurboNews that the controversy won’t change the thrust of the office’s existing marketing plan. (The state’s current advertising campaign slogan is “Free to Be.”)

Media critics aside, however, branding experts interviewed by Marketing Daily agreed that an aggressive or confrontational response to a crisis such as the one in which Arizona is currently enmeshed would be both fruitless and a waste of funds.

“This is a tough one — I don’t envy the tourism marketers for Arizona,” sums up Phillip Davis, president of Tungsten Branding. “In this kind of scenario, the challenge is to maintain a strategic balance between over- and under-reacting. An overly aggressive approach can come off as shrill, and actually end up adding to the controversy by getting people who weren’t even aware of or very interested in the issue involved.”

“In general, it would seem better to stay very non-political and stay on talking points about the larger, enduring ‘brand’ of Arizona — what makes the state beautiful and attractive to visitors,” Davis continues, noting that even the worst political or PR crises eventually subside. “You might want to consider adjusting or toning down certain aspects of an existing marketing campaign for the present, but it doesn’t make sense to just drop current positioning.”

While Arizona’s current “Free to Be” tagline is admittedly not ideal at present, he points to the example of Toyota — which instead of dropping its ‘Moving Forward’ tagline in the face of its vehicle acceleration crisis, just downplayed the phrase and focused on taking concrete steps to motivate consumers to buy its cars.

Davis approves of the strategy of reaching out to existing brand loyalists, or “friendlies,” during such a crisis. Trying to convert or change the minds of people who are currently angry or antagonistic toward a brand is “hugely expensive,” can take years, and is in any case likely to come off as “artificial and contrived,” he points out.

“It’s easier and more effective to swim downstream, by reaching out to those existing loyalists — including those who have enjoyed visiting the region in the past.”

“There is really no effective way to put a positive spin on this situation, unless or until the law is rescinded,” says Laura Ries, principal in the Ries & Ries branding consultancy. “The big problem is that, whether or not they personally feel the law is right or wrong, meeting planners simply don’t want anything to do with controversy, and are likely simply to hold their events elsewhere.

“Ads and messaging from the tourism industry addressing the political issues would only add fuel to the crisis,” Ries agrees. “You can’t fight fire with fire in this kind of situation. Assuming that the tourism board is not in a position to lobby to change the law, my advice would be to have a clear statement, position and talking points for public relations and target brand loyalists, but keep a somewhat low profile” — all of which the tourism organizations seem to be doing, she notes.